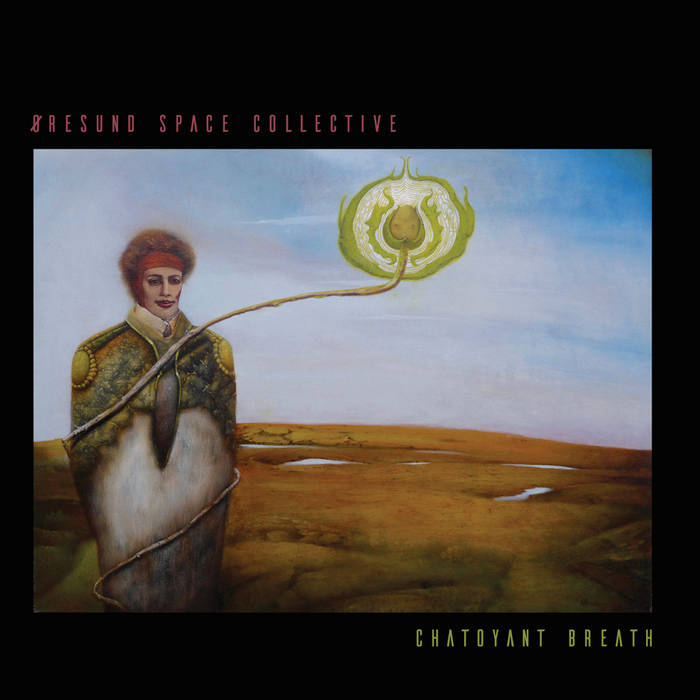 jambo The guitar work at the end of Angular Ambrosia is out of this world.

Fantastic jamming across all the tracks. Favorite track: Angular Ambrosia.

I realise that lengthy, improvised spacey jams are not everyone's cup of tea, but if they float your boat, boy oh boy you're in for a treat here. This music is just beautiful, you can hear the musicians communicating. It"s so human and organic, and the pieces could happily be twice as long without my attention flagging. Now to dive into the rest of the Collective's discography. Favorite track: Chatoyant Breath.

ØSC had been at the Black Tornado recording back in November but our friend Gary (Yawning Man) was in town and wanted to jam. It had been a long time since the main touring band of ØSC (Nick, Jiri, Mogens, myself) had been in the studio. We grabbed Martin, who plays with Nick, Jiri and Mogens in the Univerzals as well as with Jiri in his band, Fri Galaxe to play drums. He had played quite a few gigs with us in Denmark the last years. Nicklas from Papir, was a great choice to play with Gary as both are fans of each other and we love to play with Nicklas. We had a cool band.

This session was pretty fast, all done in one day and just 5 jams recorded. The vinyl is an edited version of the jams, while the CD features extended versions of the tracks so you can hear more or less the entire course of the musical journey. The music on these sections is more spaced out, relaxed and exploratory as it flows and weaves and grows tentacles to tickle and scratch your inner thoughts. Enjoy the sensations.

This album is dedicated to May Beck and her husband Shane, who have been big supporters of our band. RIP May...

We are a music collective from Denmark and Sweden that play totally improvised space rock music. We have released 29 records since 2006. Music for your mind to escape the Matrix...

Bandcamp Daily  your guide to the world of Bandcamp